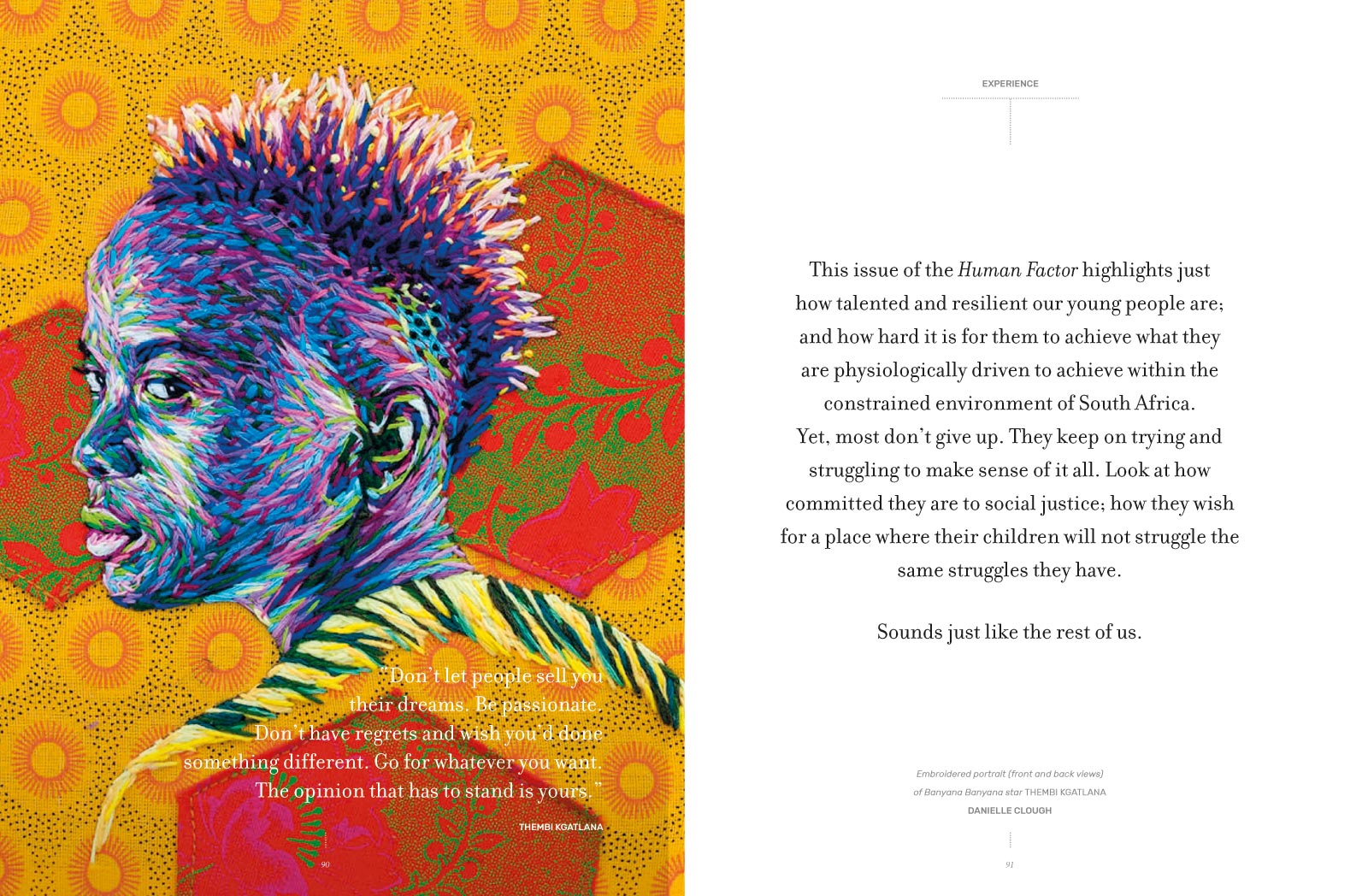 It’s an overcast autumn day somewhere in Spain’s autonomous Basque Country and Thembi Kgatlana couldn’t be much further from home. The 24-year-old soccer star’s journey started in Mohlakeng, a township to the west of Johannesburg (she still lists it as her location on her Twitter account); from there she entered a whole new world in Pretoria’s leafy suburbs – her first culture shock, she explains with a laugh. Since then her incredible athleticism has taken her ever further from family and friends: to Cape Town for university, then on to the US to launch her professional career with the Houston Dash before moving to China, then Portugal – and, earlier in 2020, to Spain, where she has joined the club SD Eibar. Oh, and she plays for South Africa’s senior national women’s team, Banyana Banyana: she’s donned the country’s colours for the 2016 Summer Olympics, bagged Player of the Tournament at the 2018 Africa Women Cup of Nations (and scored the most goals in that competition). In 2019 she brought South African soccer fans to their feet when she netted the country’s first ever goal at the FIFA Women’s World Cup. Plus, she runs the Thembi Kgatlana Foundation back in Mohlakeng, investing in girls’ soccer.

Your head may be spinning as you read all this, but Kgatlana’s isn’t. She is poised and thoughtful, considering each question carefully before answering. She’s also honest and self-aware, reflecting openly on the sometimes tough experiences that have shaped her. That first journey, from Mohlakeng to the Safa Girls Soccer Academy in Pretoria, found the 15-year-old Kgatlana “caught in between two worlds”. Though she was raised by “super strict parents”, she admits that she liked “being silly” at home, “giving my mum a headache”.

She also hung around with kids, mostly boys, who were frowned upon because they were smokers. Already serious about her soccer, Kgatlana didn’t smoke herself, but that wasn’t enough to stop some adults from considering her a “bad apple”. She didn’t mind: those male friends were “part of my circle of growing – we played soccer together”. That was especially valuable because not many girls in her area played the game.

Then came a scholarship to the Academy, and strict rules for both schoolwork and training. She saw, up close and personal, what it meant to be a kid from a township who put on different masks to exist in two different worlds – one of blackness, and one of privilege. But she adapted, remembering the saying she’d once heard: “When in Rome, do as the Romans do.”

Fast forward almost a decade and it’s difficult to imagine that this self-assured young woman has ever felt out of place. She’s learning Spanish, slowly; she’s missing home, but points out that she’s been physically away from her family for a while now and has become used to that. She keeps up with her loved ones thanks to technology, and with the news from South Africa through social media and news websites. She knows that sometimes young South Africans worry they’re not able to make a difference, but she thinks they’re selling themselves short: “As an athlete, I bring people together. We (all) do that in different ways. Think of an issue like gender-based violence – people use their voices, and they connect to each other; they make change.”

So, what would she tell a much younger version of herself, poised on the cusp of a journey that will take her far from home? Her answer could be directed at many young people, especially girls, who worry that they won’t build the lives they desire.

“Don’t let people sell you their dreams. Families will do this … we’re scared to tell our parents what we want to be. Be passionate. Don’t have regrets and wish you’d done something different. Go for whatever you want. The opinion that has to stand is yours.”